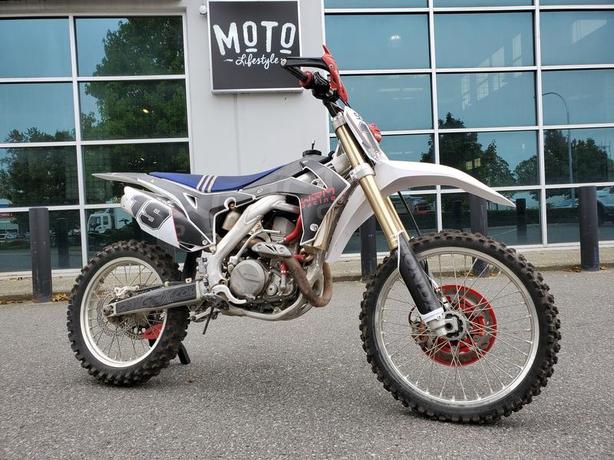 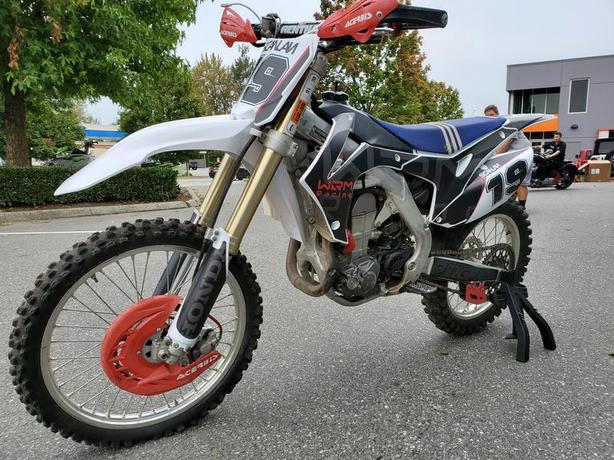 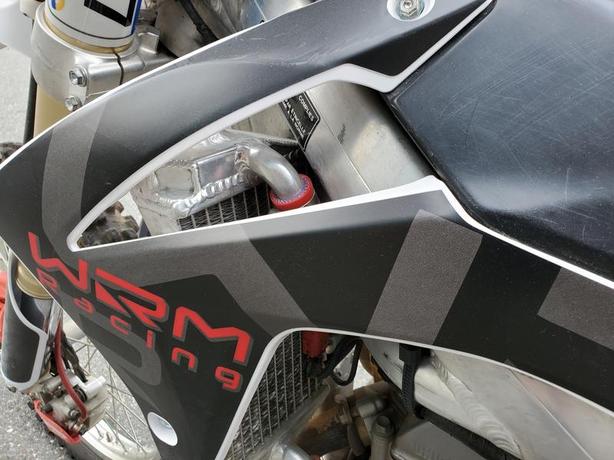 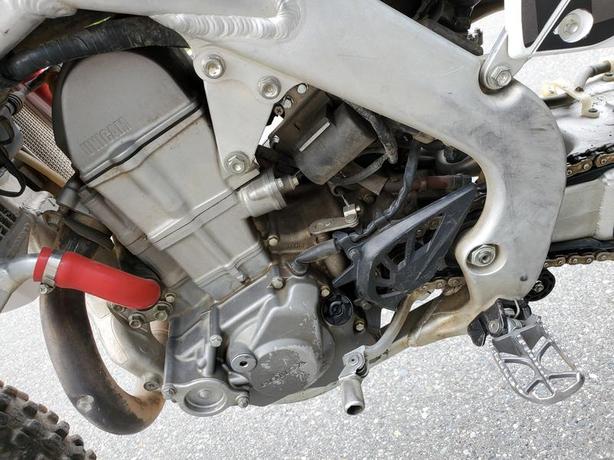 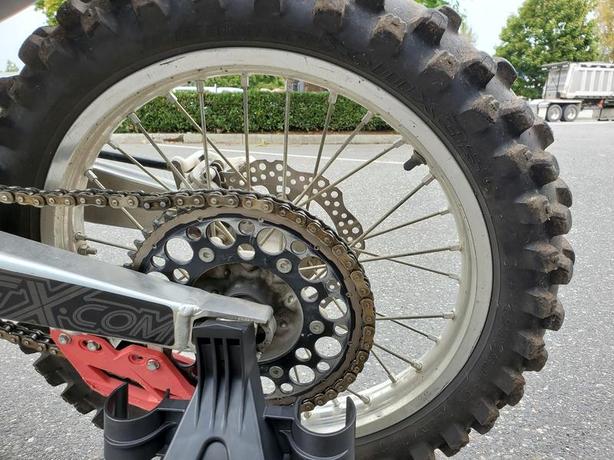 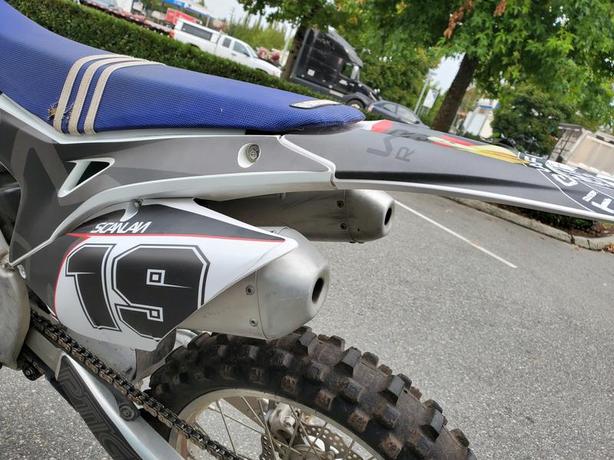 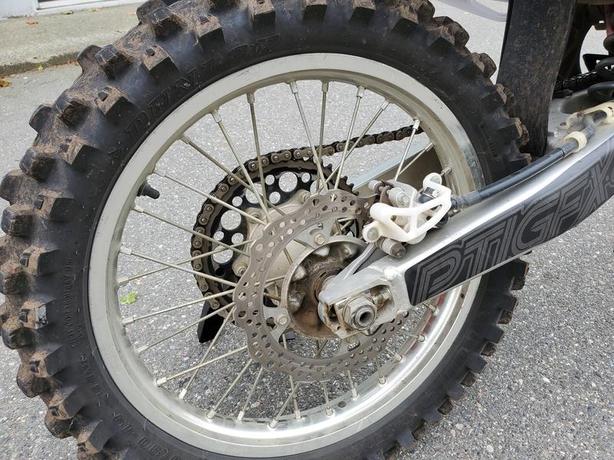 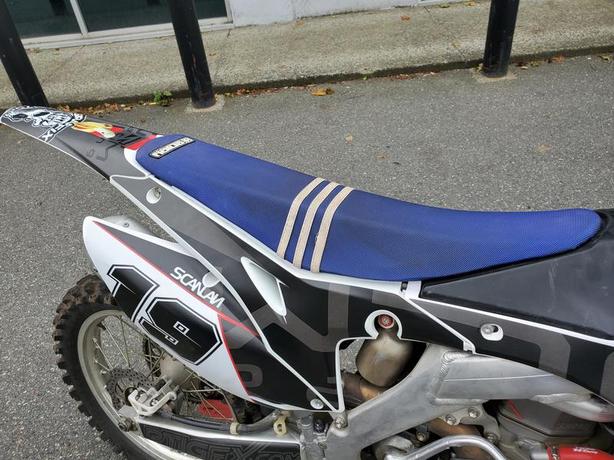 2013 Honda CRF 450R Winning Is Everything Everyone is going to remember 2013 as the year Honda took the 450 class and blew it WIDE open with the totally redesigned CRF 450R. Huge changes are going to jump out at you. First is the CRF 450R s all-new air-fork front suspension. Nearly two pounds lighter than a coil-spring fork, it offers easier adjustment, less internal friction, and even better handling. Next, an all-new twin-spar aluminum frame. You ll see some big changes in the steering-head area. That s because the frame is designed specifically to work with the new fork. Check out the CRF 450R s short radical new twin exhaust. The system moves the mufflers in way closer to the bike s center of mass. They re super short and compact, and work in perfect concert with the 2013 model s new bodywork to make this the most flickable CRF 450R ever! In fact, everywhere you look you re going to see upgrades this year: The engine gets a new piston shape, porting, and valve timing, along with more compression for more power. The radiators are smaller and flow more air. The clutch is totally redesigned with six springs for better feel at the lever. Even the footpegs and tires get the Honda touch. Without a doubt, the 2013 CRF 450R is the most dialed-in bike and still the lightest weight in its class. Do your part, and you re going to be a permanent fixture on the podium with this one. Radical doesn t begin to describe it In the world of 450-class MX bikes, if you stand still for a minute, you ll get run over. If you don t innovate, you re yesterday s leftovers. Nobody leads the way in performance and technology like Honda , and the new 2013 CRF 450R is Exhibit A, case closed. Its engine upgrades alone would be enough to get your attention, but they re just the start. New frame. New air-fork front suspension. Radical new twin exhaust system. New bodywork. Even new footpegs and tires. And all this on top of exclusive innovations like our Honda Progressive Steering Damper. No doubt about it, the new 2013 CRF 450R is a real game changer. And if you re serious about winning this